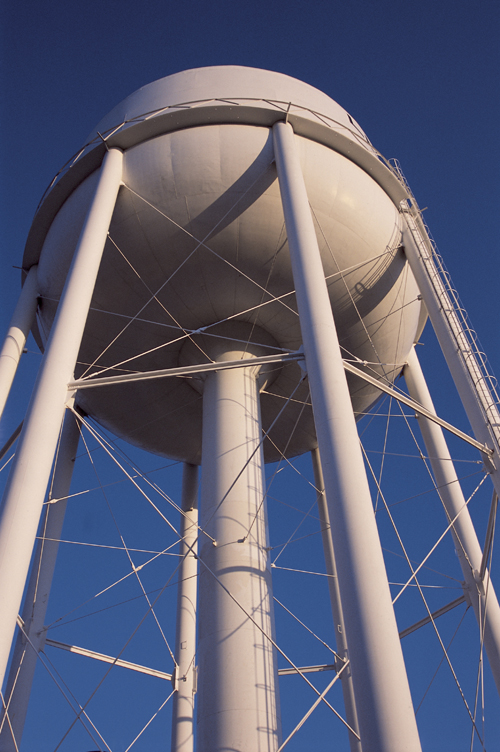 The Burton S. Butler River System also provides an emergency supply of water that can be treated for potable use.

S. PALMER GAILLARD PUMPING STATION AT J.B. CONVERSE RESERVOIR
During the period from 1907 to 1940, the city kept pace with providing water service for the population growth until the outbreak of World War II, when it became increasingly apparent that the existing sources of supply were inadequate and unreliable. A new source was necessary, not only because of a lack of sufficient quantity, but because the watersheds of Clear and Three Mile Creeks were becoming more urbanized, endangering the quality of the supply. The source of supply recommended by the Mobile Water Works to the City and Planning Commissions was Big Creek Lake, located in the western part of Mobile County. The "Big Creek" Project was placed in service in 1952 at a cost of $7,000,000, which included the land, dams, pump house, reservoir, and pipelines.

The Big Creek impoundment was named J. B. Converse Reservoir in 1987, but is commonly referred to as "Big Creek Lake". The pumping station was named S. Palmer Gaillard Pumping Station.

Water is delivered from the 3,600 acre lake and pumping station by means of two 60-inch diameter pipes to reservoirs at the H.E. Myers and E.M. Stickney Water Treatment Plants. From the Stickney Plant reservoir, at an elevation of 220 feet, industrial water is delivered by gravity through 48-inch diameter pipes to industry at an elevation of about 25 feet. Tours available. Contact us by submitting the form.

E.M. STICKNEY FILTRATION PLANT
Prior to World War II, there was no treatment of the raw water in Mobile, other than minor chlorination. Even though the city was aware of the situation, lack of funds prevented the construction of a treatment plant. During the early part of the war, the U.S. Government, cognizant of the circumstances, decided that properly treated water would help the war effort. This resulted in the construction of a filtration plant on Moffett Road, with Federal Works Administration funds, at a cost of 1.3 million dollars. The plant went into operation in 1944. After the war, the Government turned the plant over to the city of Mobile, for a small fraction of the original cost.

The E.M. Stickney Water Treatment Plant is one of two filtration plants in Mobile. The second one is named the H.E. Myers Filtration Plant. Both water treatment plants are permitted and regulated by the Alabama Department of Environmental Management (ADEM). Monthly reporting of plant operations is required. Such reports include the reporting of maximum finished water turbidity and the quantity of water pumped.

In 2006, the E. Morgan Stickney Filtration Facility was named Best Operated Plant in Alabama in its size category by the Alabama Water Pollution Control Association. It was recognized with an Award of Excellence the six previous years. Tours available. Contact us by submitting the form.

H.E. MYERS FILTRATION PLANT
The H.E. Myers Plant was placed into operation in 1990, in response to the growth in the western and southern portions of the water service area.

The H.E. Myers Plant is located on Hubert Pierce Road and is one of two water treatment and filtration plants. The other one is named the E.M. Stickney Filtration Plant. Both water treatment plants are permitted and regulated by the Alabama Department of Environmental Management (ADEM). Monthly reporting of plant operations is required. Such reports include the reporting of maximum finished water turbidity and the quantity of water pumped.

Harry E. Myers Water Filtration Plant has been recognized with an Award of Excellence from the Alabama Water Pollution Control Association for 10 consecutive years, 1995-2005. Tours available. Contact us by submitting the form.